Di has always had a keen enthusiasm about listening to the stories that people tell about their lives, or reading about them in biographies or memoirs, and in recent years has been working with a number of people to record their life stories.

Biography or Memoir is popular reading material in libraries and bookshops.  Di first became fascinated with these stories while a nursing student at a country hospital in country South Australia in her late teens.  Despite the fact that she was an enthusiastic writer of stories and letters, with a number of penfriends around the world and in Australia, the idea that she would be a writer was not on her radar.  When working in a medical ward as a junior trainee nurse, she spent considerable time midst her duties talking to a number of elderly ladies about their early lives.  Di can still recall saying something like “Someone should write your story – it is so fascinating.”  However that did not happen. 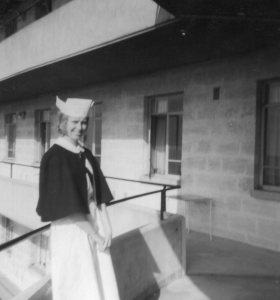 It was much later that Di chose to write life stories as well as short stories and articles.

Currently she is studying GAB – Guided Autobiography, in a program based on the work of Dr James Birren.